Today I hit 15,000 tweets; not bad for a woman who struggled so hard to find her place on Twitter. So what did I do? How did I ease myself into the Twitter community? 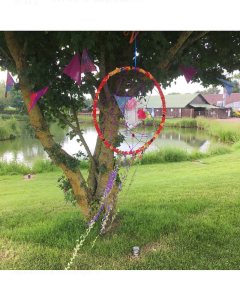 When I began social media, honesty was the key. I wanted people to meet me in the street and find I was the same person they had ‘met’ online. I’ve never compromised who I am, but in the past, I’ve been a little shy.

On twitter at first, I couldn’t see the point. I was a tiny person in an enormous aircraft hanger, calling out to anyone who would listen, ‘Hello? I write books, did you know? Hello?’ I took a step back. Maybe I could operate in a similar way as I did on Facebook, share for other authors and offer help, advice and share my experiences. I asked other users, but still couldn’t find a way that suited me.

Then I discovered the 5 Tweets a Day idea. Knowing I only had five tweets to construct gave me confidence to try new things.

Tweet 2: inspirational: I chose writing quotes at first. Later I found tweets about my passion for dancing were popular.

Tweet 4: retweets: I chose to RT from groups that I care passionately about, for example, The Woodland Trust.

Tweeting just five tweets a day is a great way to begin on Twitter. You’ll discover which times of the day work best and you’ll bring people into your Twitter world who are likeminded.

Join me later in the week when I’ll share more of my Twitter ideas. Full moon blessings xx